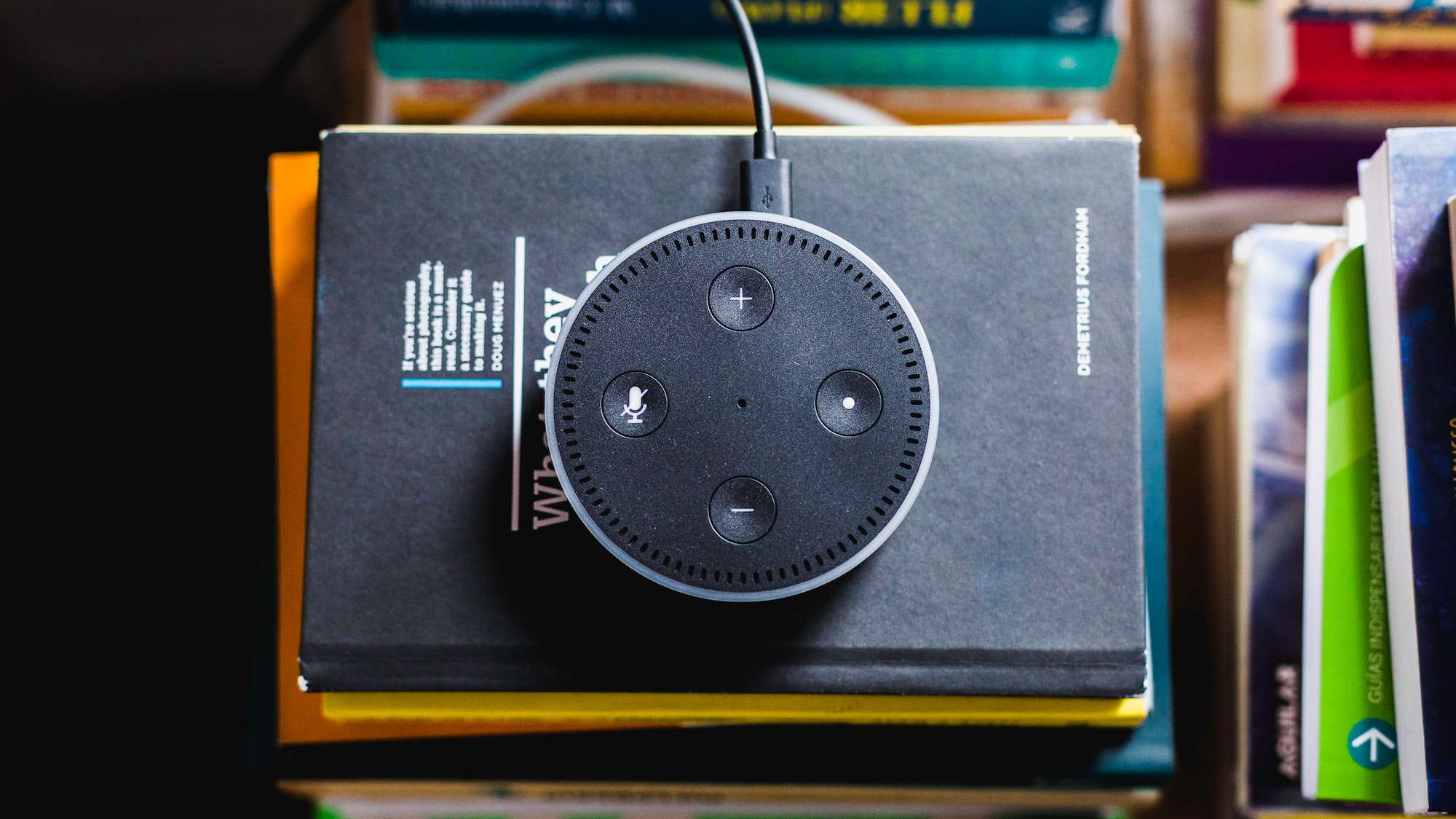 I had this blog posted pending for a long time now (a few months) and am finishing it now due to recent events that will be explained below.

I got an Amazon Echo in July during Prime Day for a price of £80.  I was excited to get a smart speaker as I am a nerd.

I took her home and pulled her in, after a rocky start with setup due to my phone not liking connecting to a WiFi point without an internet connection; I had her set up.  At first, I was impressed with the sound quality and how will she recognised her keyword across the room but that's where it started to turn south.

As I see it the most common use of a smart speaker for me is "searching" or asking it stupid questions.  Simple questions or requests where handled with some ease but sometimes she would replay with the generic "I don't understand message" or would just search it and send it to the Alexa app on my phone.  At that point, I could have just googled it myself and get better answers.

To move on to something more positive using the Amazon Echo as a music player works great with tie-ins to Amazon Music and Spotify.  The overall quality of the speaker is good and even at half volume can fill my modest living room/kitchen with music.

There is the ability to extend the base of what Alexa can do with things called "Skills".  These are created by third-party developers and require a strange syntax to activate, needing the user to activate Alexa, then say a keyword given to the Skill by the developer and then a phrase.  This phrase has to be precisely what the developer has programmed in; it does not do a fuzzy search on keywords or match similar sounding works based on the possibility (e.g. Bass and Boss, where depending on accent this could sound the same.)

Since I mentioned accents, I should talk about accents and Alexa.  Alexa can be picky how you speak to it.  Both my partner and I have accents that could be considered different to the American English or British English the Echo is expecting.  I have an Irish/Scottish/American mix accent, from being Irish, living in Scotland and consuming a lot of American content.  My partner, on the other hand, has an Australian/Scottish/English mix accent, from growing up in Australia, now living in Scotland and being born in England.  Alexa sometimes works flawlessly, and other times it would not understand you unless you spoke slowly and over annunciate every syllable.

Alexa ties in with smart homes, with smart lights, sockets, heating systems, cameras, etc.  As someone who has none of that, that was a whole part of the ecosystem that was blocked off.  This is not a criticism of the Echo just a con in my mind as the other tie-ins felt lacking compared with what you can within a smart home.

The conclusion of this blog post is to tell you the outcome of my Echo.  Is it front and centre of my connected lifestyle or is it jammed in the corner of my kitchen doomed to only be used as a timer and play music?  It is neither, and up to last week, it sat in its box on the floor beside my desk.  It returned to the box once I had replaced it with a new Google Home Mini, the difference on features, to me, was night and day.  I now have a Google Home (the middle sized one) in my sitting room/kitchen, and the Mini is in my bedroom.  I returned the Echo to Amazon with a full refund of £80, and that money is going towards another Google Home Mini for our spare bedroom.

As for how exactly the Google Home compares to the Echo...  Well, that's a whole other post.